Did you know that when you use social media, all that you say and do is trackable? Many people feel like they are able to say whatever they want because it's just the internet and nobody will know who they are anyways. That is simply not the case. One thing that is often in the news now is the story of someone being harassed online to a point where they commit suicide. Harassing someone just because you have an audience that is clicking like and egging you on is no excuse to treat someone poorly. Because of these kinds of issues, there are now actually laws that cover what is known as cyberstalking. This is when someone is constantly following someone else around online and trying to cause some kind of distress in their life on purpose. 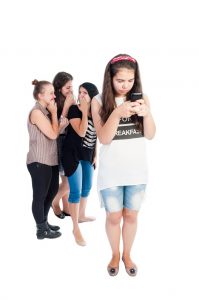 What about threats that you make as a joke? Perhaps you are going on a trip on an airplane and think it would be funny to joke about a bomb. That is simply not going to fly these days, because someone can report you and before you know it you'll be tracked down by TSA agents and brought into custody. You have to realize that if they didn't take threats seriously when they were brought to their attention, people could get away with all kinds of serious crimes. It may be easy to show the authorities that it was just a joke, but that doesn't make it okay to make threats. Even your private messages are easy for the authorities to look through if they have the right kind of warrant. Let's say that you're private messaging someone and threatening them to a point where they feel scared enough to file a police report. That could lead to the social media website getting subpoenaed and they then legally are required to hand over everything your account has in it usually. Go look right now at the account information you can download on Facebook as your own personal backup, and you can see that it included all kinds of information you may have thought was private. That is what they have access to. So what can you do if you want to joke around about threats, harass people, or stalk them? You have to seriously stop and think about what you are doing. Many cases that revolve around cyber-bullying are being talked about all around the world and it is highly frowned upon. The law does take time to catch up with technology. Your information is never completely private, and it will be very easy for you to get in legal hot water over what you've said on the internet. Social media and online threats tend to go hand in hand because people feel like they are anonymous. Nowadays, however, you are not. There are laws against online harassment, so do not even go there.