Even if you have been driving for a long time, you may commit some minor driving errors that can result to traffic violations. These include forgetting to use the proper signal when turning, going beyond the speed limit, and beating the red light. These seemingly minor violations can quickly add up, and you may not have the time or the experience to deal with them on your own. Thus, hiring a traffic ticket attorney to contest your traffic tickets in court would be a great move. This way, aside from possibly having to pay lower fines, you may avoid higher insurance premiums and additional points in your driver’s license, as well.   The Traffic Ticket Lawyer A traffic ticket attorney like Robert A. Dodell deals in traffic and driving laws. He has extensive experience in defending traffic court cases including routine moving offenses like beating the red light, and more serious violations like driving under the influence of alcohol or drugs. A competent and experienced lawyer will, regardless of the circumstances surrounding a violation, will work to lower your penalties, negotiate for alternative penalties, or have the traffic ticket dismissed altogether.

While working with a lawyer has definite advantages, you must first decide if the cost of hiring a lawyer would be worth the amount of penalties and other benefits you will gain. It is the fact that the services of an attorney are not cheap. Here are some questions to ask yourself:   Working with Robert A. Dodell, Attorney At Law may entail some costs. You may save a little money by dealing with your traffic tickets on your own – if you are successful in having them dismissed. However, if you are convicted, the penalties, the entry of points on your driving record, the higher insurance premiums you will most likely be assessed in the future, as well as the stress that comes with a conviction, may not be worth the savings in the long run. Contact My Office Today For Help: Robert A. Dodell, Attorney At Law 10601 N Hayden Rd, #I-103 Scottsdale, AZ 85260 (480) 860-4321 http://www.azcrimlaw.com/ http://www.azcrimlaw.com/blog/ https://plus.google.com/u/0/b/110667029471992332265/+RobertADodellAttorneyatLawScottsdale https://twitter.com/azcrimlaw1

Posted by Robert Dodell at 8:47 PM No comments:

Remember that the state of Arizona does not tolerate driving under the influence or DUI offenses. If you are caught driving under the influence of alcohol or drugs, you will be immediately arrested. Depending on your blood alcohol content percentage or the drug, number of previous violations, status of the validity of your driver’s license, and whether or not there are passengers under 15 years of age in the vehicle, you can be subject to a variety of sentencing requirements for a DUI, if convicted of this most serious offense.   There are three types or levels of DUI misdemeanor offenses, based on the blood alcohol content: standard, extreme, and super extreme. A few of the things that you may go through when you are arrested are:

Depending on the type of offense and the number of previous offenses, the combination of the punishment that will be given to you will differ. It is best that you immediately get in touch with your attorney if you get arrested. If you do not have one or want a lawyer specializing in such, it is best that you contact Robert A. Dodell, Attorney at Law. Additional DUI Related Resources/Offenses:

Posted by Robert Dodell at 2:08 PM No comments:

Extreme DUI and Aggravated DUI What is The Difference

If you are in the State of Arizona, it is important that you understand the different charges that are related to driving under the influence of alcohol or other mind-altering substances. Being charged with a DUI is a serious offense, and it can be even more so depending on the type of charges. For instance, the difference in the terminology often confuses many people. There is a difference between the terms Extreme DUI and Aggravated DUI. Either way, if you are charged with these offenses, it is vital that you understand the charge and how to defend yourself against it with a professional attorney by your side. In the State of Arizona, the Extreme DUI charge is related to the amount of alcohol in your system. When suspected of impaired driving by alcohol, you are asked to provide a test sample. If your blood-alcohol concentration, or BAC, is over .15%, you can be charged with an Extreme DUI. And if the BAC exceeds .20%, you will be charged with a Super Extreme DUI. Although these crimes are misdemeanors, you can end up serving significant jail time. On the other hand, an Aggravated DUI is a felony and this does not involve the amount of alcohol in your system. Rather, it involves whether there are children involved, prior DUI history or license status. The first potential circumstance is having a minor in the car. If you have a child under 15 years of age in the vehicle and you are arrested for DUI, this changes the severity of the charges you are going to face. This falls within the category of Aggravated DUI, which includes some more serious consequences. Another way to receive such an Aggravated DUI charge is to get arrested again after having at least two prior convictions for a DUI in the previous 7 years. Lastly, if your license has been suspended or revoked, you should not be driving at all. If you get arrested for driving a vehicle for a DUI, you are facing an Aggravated DUI charge. So an Extreme or Super Extreme DUI charge is a misdemeanor. An Aggravated DUI charge is a felony. Both a quite serious and the consequences are life changing. You will be able to start planning your defense. Find an excellent attorney in your community who is familiar with DUI cases. Make sure to investigate the reputation of the law firm to ensure you are going to get a good representation in the legal process. Being charged with a DUI is a serious matter. You need to make sure that you are able to get the legal assistance necessary to keep your consequences minimized. No matter what type of DUI you have, this is essential to your freedom! Read more about the DUI case process and my legal services. I can help you through this crisis. I personally answer my own telephone and will personally handle your case. Contact Robert A. Dodell, Attorney at Law, directly by email or by calling 480-860-4321 now for a free initial consultation. You can find my office in North Scottsdale: 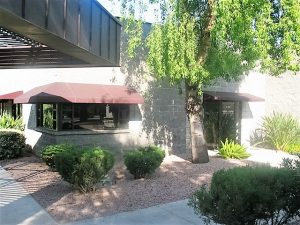 Posted by Robert Dodell at 11:03 PM No comments: