Why Arizona Has Such a High Incarceration Rate

A report entitled “A New Public Safety Framework for Arizona: Charting a Path Forward” by the American Friends Service Committee – Arizona (Dec. 2016 – Originally seen published at https://afscarizona.files.wordpress.com/2014/03/a-new-public-safety-framework-for-arizona-december-2016.pdf) identified and discussed why Arizona has such a high incarceration rate: mandatory sentencing laws, unique criminal priors law, technical violations of probation or parole, and harsh sentencing for drug offenders.   According to the report, Arizona requires all prisoners to serve 85 percent of their sentence. Arizona is also one of only three states to retain the harsh, across-the-board Truth-in-Sentencing laws enacted back in the mid-1990s. The report concluded:

“In the end, mandatory sentencing has had the consequence of creating huge sentencing disparities, rather than eliminating them.” Arizona has a unique definition of a “prior” which results in harsher penalties: “As a result, offenses committed on the same day (for which the person has not yet been convicted) can be treated as “priors” at sentencing, allowing to call for harsher penalties. For example, a person can break into a car, walk down the street and break into another car. Rather than simply being charged with two counts of burglary or theft, the prosecutor can label the first break-in a “prior,” triggering a sentence enhancement.”

The National Institute of Corrections reported that Arizona had 7,379 people on parole as of December 31, 2015, and 84,766 people on probation as of July 2016. Parolees and probationers must adhere strictly to their terms of parole or probation or risk being sent back to prison for technical violations. The report noted:

Arizona is particularly harsh with prosecuting and sentencing people charged with drug offenses as discussed in the report:

“Many drug offenses, including possession with intent to sell, are Class 2 felonies regardless of the circumstances. This is just one felony class level below first-degree murder. Because of this, non-violent addict-sellers can get prison terms longer than some violent offenders.” “Drug offenses accounted for the second largest category of arrests in Arizona in 2015. Drug possession cases represented 10.45 percent of all arrests. Of those, 5.99 percent were for marijuana possession. Drug sales arrests were a much smaller percentage of arrests—just 1.28 percent of all cases. After arrest, the data shows that drug offenses account for seven out of the ten most charged criminal offenses in Maricopa County, and all are related to possession rather than sales. The numbers in Arizona’s prisons show how those various crimes are treated at sentencing. Drug offenses are the single largest category of crime for which people are serving a prison sentence—21.3 percent. Of those, 7.6 percent are in prison for drug possession, but 13.7 percent are in for sales.”

If you are charged with a crime, you need an experienced criminal defense attorney to help you obtain the best possible outcome in your case. Robert A. Dodell, Attorney At Law has over thirty years experience. Call him today for a free initial consultation.

Some practice areas for Robert Dodell:

Check out my reviews on Google - https://goo.gl/yUwcLn

Posted by Robert Dodell at 11:58 AM No comments:

American Friends Service Committee-Arizona analyzed the court records of people who were sentenced to prison for a drug crime in Maricopa, Pima and Yavapai counties in 2015. They discussed their findings and recommendations in Drug Sentencing in Arizona: A Prescription for Failure, by Rebecca Fealk, MPA, and Caroline Isaacs, MSW, August 2017. All quotes and data are taken from their report. The report recommended defelonizing drug possession, expanding non-criminal justice interventions, restructuring drug sentences, and utilizing public health and harm reduction approaches. 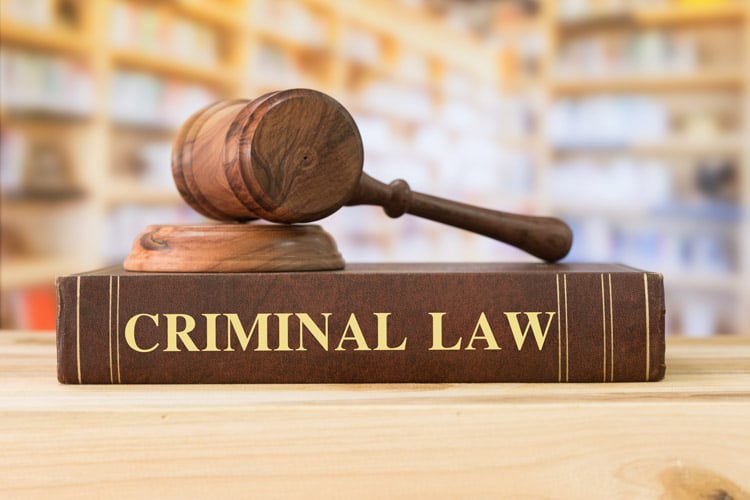 Defelonizing drug possession would save Arizona a lot of money:

“In one year in Pima County, 60.39% of people were charged with possession for 2.5 grams or less of a drug. We can assume these are likely individuals struggling with an addiction. Seventy-six percent of these individuals went to prison for their possession, not probation or treatment. They were sentenced collectively to 352 years in prison, meaning that this one county, in just one year cost taxpayers over $8.3 million to incarcerate people charged with low-level possession.” Originally found published on Prison Legal News.

“Drug treatment, trauma counseling, and medical care should be the first line of defense against the disease of addiction, not state surveillance or incarceration. Aside from being more effective, one report found that for every dollar spent on substance abuse disorder treatment saves $4 in health care costs and $7 in criminal justice costs. Types of drug treatment vary, and like any other health issue, different treatments work for different people. . . “ Originally found published on Prison Legal News.

The report stated that medical monitoring, residential treatment, and intensive outpatient services had been recommended by the U.S. Surgeon General as proven options for reducing addiction. Restructuring drug sentences would mean abolishing the practice of charging a person with possession based on residue or admissions of use within the last 72 hours and a positive urine test result. It would also mean abolishing the use of sentence enhancements for prior convictions when the nature of addiction dictates that most people are likely to relapse. The report noted:

“Far from stemming drug use or making communities safer, these overly harsh [Arizona] laws have served to clog our prisons with drug addicts, deny them meaningful treatment while incarcerated, and then release them with a felony conviction that bars them from meaningful employment, safe housing, or other critical services.”

Utilizing the following public health approaches would save lives and encourage treatment:

“911 Good Samaritan Laws: 911 Good Samaritan Laws exempt people who call 911 for help during a drug overdose from arrest and prosecution of drug possession crimes. At the time of this report, 37 states and the District of Columbia have passed 911 Good Samaritan Drug Laws. This law saves lives. 911 Good Samaritan laws have been supported by police and emergency medical technicians (EMTs), as they are often the first to respond to overdose emergencies. Clean Needle Exchanges: Also known as syringe access, these laws allow for people or organizations to provide those who use an intravenous drug with sterile needles without fear of arrest or punishment. Implementation of such programs has occurred in various states and cities, from all political ideologies. Opiod Urgent Care: Using the same process as general urgent care centers, the opiod urgent care model allows those who want addiction treatment rapid access to treatment, counseling, and healthcare resources. Targeted marketing is needed to draw in the affected populations, but the structure can be integrated into the general healthcare model over time, evolving addiction treatment into a norm and not a taboo.”

Arizona may never defelonize drug possession or implement any of these policy recommendations. If you or a loved one has been charged with drug offenses, you need an experienced criminal attorney in Scottsdale, AZ to defend you. Robert A. Dodell, Attorney At Law has over thirty years experience. Call him today for a free consultation.

Posted by Robert Dodell at 4:57 PM No comments: