Those unfamiliar with adoption often perceive it in the stereotypical sense - a couple who, unable to have biological children, adopt a newborn. In fact, adoption takes many forms and together we've been lucky enough to participate in hundreds of adoptions of all kinds. 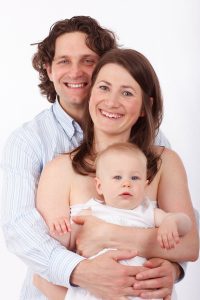 Most recently, an entire family joined forces to adopt a relative's three children when the relations were no longer willing or able to parent them. Three different members of the immediate family each took one of the children to care for. They all live very close to each other and share the responsibility of raising the children as well as keeping the children physically and emotionally close to one another. These were not infants but teenage and pre-teen children. The adoption of these youngsters by their immediate family afforded them the permanency and stability they desperately needed. When the judge finally granted the adoptions on a sunny morning, one could easily sense this family's relief and elation. Afterwards, photographs with the judge were a fun sight to witness and the culmination of one family's arduous journey to keep their family together. Another recent adoption we participated in involved the adoption of two siblings by a couple who already had four biological children. They wanted to expand their family and felt adoption was a viable option. Once they were certified to adopt, a two-year-old boy and his one-year-old sister were placed with the family by Child Protective Services (CPS). The children were wards of the state and after the biological parents' rights were severed, they were lucky enough to adopt the siblings. Not even three months later, the couple also adopted an 11-month-old girl through CPS. Open to the possibility of another CPS adoption in the near future, they're certainly not done yet!One definition of "adoption" is the "voluntary acceptance of a child of other parents to be the same as ones own child." Not only have these adoptive parents accepted their new children as their own, they've completely and totally embraced them, loving them unconditionally as only a parent can.

The post Adoption Takes Many Forms is republished from http://www.azcrimlaw.com/