Why Choose Robert Dodell as your Criminal Lawyer?

If you have been charged with a crime, you must hire an experienced criminal lawyer to defend you. The criminal justice system is complicated, and things can easily go against you if you do not have the best defense. A criminal lawyer can help ensure the best possible outcome for your case, in addition to defending your rights. Criminal law is complex and attorneys who do not specifically practice in this area may not be able to navigate it and provide you with the best representation. Most people are not familiar with the law or the way the criminal justice system works, so they may end up accidentally incriminating themselves. Having a good criminal lawyer involved as early in the process as possible ensures that your rights are protected, thereby increasing your likelihood of getting the best representation that you need to get the best resolution of your case. 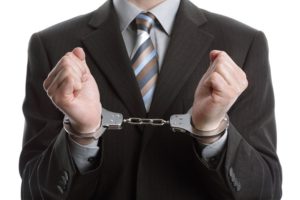 Investigation - If a crime has been committed, officers investigate to determine the facts of the case and identify a suspect. If you believe that the police are investigating you as a possible suspect then you may want to engage a criminal lawyer to protect your rights, particularly if the police officers call you in for questioning. During the investigation, the police may also get a search warrant to search your home or office to look for evidence against you. Arrest - Once the police officers believe they have probable cause to believe that you have committed a crime, they may arrest you. In this case, your criminal lawyer can protect your rights by instructing them as to what they can say or not say to prevent self-incrimination. It should be noted that contrary to popular belief, hiring a criminal defense lawyer is not an indication that you are guilty of anything. Your attorney is there to ensure that your rights are safeguarded and that you do not say anything that the police may use against you during your hearing. Arraignment - Once the police have filed charges against you, a prosecutor will formally present them in open court, and you are asked to make your plea. Your lawyer will usually tell you to plead “Not Guilty” and to ask that bail be set so you won’t be incarcerated until your trial or other criminal proceedings. Plea bargaining - Once the arraignment has taken place, the criminal lawyer may start to negotiate a plea with prosecutors. A plea means that you will plead guilty to a lesser charge or a single charge in exchange for the other charges being dropped. Your lawyer will usually recommend this option if the evidence against you is too strong and you are likely to be found guilty, or if being found guilty will subject you to severe penalties such as being sentenced to death. Trial - Your lawyer may try to get the charges thrown out of court by arguing that improper procedure was followed or that the officer did not have probable cause to arrest you. If the trial goes forward, your criminal defense lawyer will defend you by questioning the state’s case against you. It should be noted that you still enjoy the presumption of innocence while being tried and it is up to the state to prove that you are guilty, rather than the defendant having to prove that he is innocent. In order to be found guilty, the state must prove its case beyond reasonable doubt. Learn more about the process by visiting http://www.azcrimlaw.com/criminal-legal-defense/ Some example cases we have defended clients for:

An Aggressive Criminal Attorney That Can Help You

Robert A. Dodell is a criminal defense attorney who has substantial experience on how the criminal justice system works. Atty. Dodell prosecuted thousands of cases as a Deputy County Attorney for the Yavapai County Attorney’s Office before opening his own practice in 1994. He has since successfully handled thousands of cases and he is known in the legal community for the methodical preparation as well as the detailed investigation of his cases. Atty. Dodell has also earned a reputation for aggressively mounting a defense for his clients. If you have been charged with a crime or believe you are about to be charged, you may contact his office to discuss your case with him for free. You may also discuss your options as well as the best course of action to take. Find us in Scottsdale