Appealing a Criminal Conviction in Arizona

If a defendant is found guilty of a crime in a jury trial in Arizona, they will likely wonder what their next step should be. Well, when someone receives a criminal conviction, it isn't always the end of the story. The law has built-in safeguards designed to protect anyone who has been wrongfully convicted of a crime. 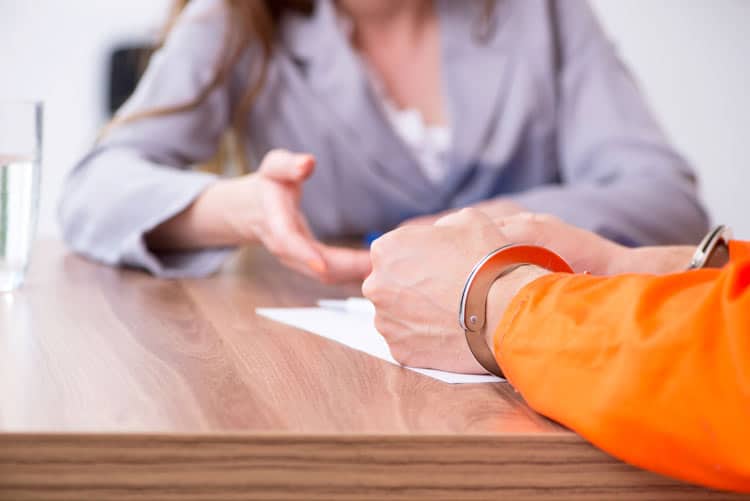 Reasons For Granting A New Trial

Misconduct of the Jury

Jury misconduct can take many different forms. *Determining the verdict by lot and not from deliberation *Accepting some type of bribe *Basing the verdict on evidence that was not properly presented at trial or was stricken from the record *Being intoxicated at the time of deliberations *Making false statements when the jury was selected *Talking to any of the interested parties about the case prior to a verdict

This can happen when new evidence is discovered that would have changed the outcome of the trial. It may also be determined that the verdict given violated either the law of Arizona or the United States. Under these circumstances, the defendant can file a Motion to Vacate Judgment. This type of motion is required to be filed within sixty days after the entering of a judgment. In this situation, it may also be possible to file a Motion for Modification of Sentence. This must also be filed within 60 days after a judgment is entered.

It is possible mistakes could be made when it comes to turning a verbal order into writing or when copying information to a docket. Should a court clerk make an honest mistake in judgment, in the verdict, or other areas of the record, as well as any mistakes that are an obvious oversight, the defendant has a right to file a motion that would correct the record. This type of motion can be brought at any time. Should this type of motion be brought after the trial and be denied, it is still possible for a defendant to appeal the motion denial, the original verdict, or both.

In an appeal, the defendant will be known as an appellant. Once their appeal has been docketed, an appellant will then file a brief. This brief will explain the history of their case, including everything that occurred when the case was in the lower court. It will also explain why the decision went against the law. The State of Arizona will then file an Appellee's Brief on felony convictions.d. This will challenge the appellant's arguments. The appellant may be permitted to file something shorter known as a Reply Brief. Once this is done, the Court of Appeals will determine if oral arguments will be permitted. In these cases, oral arguments are often short. An appellant must include everything they want to be considered in their brief. Once the hearing takes place, no new arguments will be permitted.

The last action someone can take who believes they've been mistakenly convicted of a crime is to file a Petition for Writ of Habeas Corpus. This is often done after all other possible appeals have been exhausted. It’s a process that may challenge the legality of the defendant's conviction, arrest, or condition of their imprisonment. If a court finds the detention of an individual by the state of Arizona is unlawful, that individual must be released. When an appellate court reviews a case, they are only evaluating the application of the law. With an appeal, there is no jury. An attorney won't be able to provide witnesses or any other type of evidence. The court will make its determination based on the facts disclosed during the trial. This may change if there is a factual finding that obviously goes against the weight of the evidence. Anyone attempting an appeal will need to speak with an experienced criminal attorney. They will know how to obtain the best possible results.

Appealing a Criminal Conviction in Arizona is available on write up on the Robert Dodell Blog Robert A. Dodell, Attorney at Law

Posted by Robert Dodell at 6:07 AM No comments:

What Happens If You Violate Coronavirus Lockdown in Arizona?

States and cities have the power to mandate whether residents must stay home, and which businesses may remain opened or closed in response to the coronavirus. The governor’s order requires residents to limit their time away from home except when they engage in essential activities. In Arizona, essential activities include working essential jobs and exercising.

Law Enforcement is Instructed to Warn Before Arresting

Lockdown Violations are a Class 1 Misdemeanor

Law enforcement is empowered under A.R.S. § 26-303(E)(1). The violation of a lockdown order is a Class 1 misdemeanour. You might face fines and up to six months in prison. The law enforcement officer must first inform you of the requirements and give you a chance to comply with the new shutdown orders. They also cannot ask for your papers or proof that your activities are justified. If the officer does choose to seek criminal charges, you are unlikely to face jail time and will more likely be issued a citation to appear in court. You will most likely pay a fine.

The governor also provided the Department of Health Services with the power to create regulations. Violating some of these regulations would be considered a Class 3 misdemeanor and may involve fines and jail time in rare cases.

Related Misdemeanors You May Be Charged With

If you are arrested for violating the lockdown order, you may want to contact a lawyer. The last thing you want on your record is a misdemeanor charge. Not only can the fines and possible imprisonment substantially disrupt your life, but you will have a criminal record regardless of how minor the crime was. This record will always follow you, and some employers have blanket bans on any type of conviction. A college admissions office may also learn about the misdemeanor and deny your application as a result. Landlords will sometimes deny an applicant when they discover a misdemeanor on their record. It is vital for anyone being charged with a misdemeanor to do their utmost to try to avoid being found guilty.

To avoid a criminal record for a lockdown violation, you could argue that you were engaging in an activity allowed under the lockdown orders. For example, you are allowed to exercise and walk your dog as long as you follow social distancing rules. You may also be accused of not staying at home when you were actually on your property during the incident. You may face criminal charges if you have a gathering of more than ten people. However, your defense may allege that one of the individuals in the gathering was not supposed to be a part of the gathering or was not close enough to the rest of the group to be considered a part of the group.  Another defense crafted by a criminal lawyer against the violation may be that you were placed under duress or coercion. Any threat of intended harm to force you to perform an action would be considered duress. You may have also violated the lockdown order as an act of self-defense. With Robert A. Dodell, Attorney at Law, you will be able to obtain the services of a knowledgeable attorney to help you defend against the charges.

What Happens If You Violate Coronavirus Lockdown in Arizona? was originally published to robert a dodell, azcrimlaw.com Robert A. Dodell, Attorney at Law

Posted by Robert Dodell at 12:07 AM No comments:

When is Self-Defense Justified in Arizona?

When you find yourself in a self-defense situation, you may assume that you can defend yourself to the fullest extent allowed by law.   However, if you attempt to claim self-defense after a violent or deadly encounter, you will discover that there are limits to self-defense and you may even face criminal charges if you go too far. Arizona has self-defense laws referred to as "stand your ground" laws, and you will have the opportunity to defend yourself without being forced to retreat. You may also use threats instead of force. If someone were to start punching you, Arizona law permits that you punch them back until they are no longer a threat. However, the use of unreasonable force may open you up to civil liability.

In some cases, you will not be charged at all if the law enforcement officer and prosecutor finds that you were clearly acting in self-defense. However, if you are arrested, the prosecution must prove beyond a reasonable doubt that you did not use justified force. Castle laws exist in some states and allow a resident to use lethal force if someone enters their home. While Arizona does not specifically have a castle law, statutes permit residents to use lethal force when an intruder breaks into your home.

When You May Not Use Physical Force

Why You May Need an Arizona Criminal Attorney

Even when you believe you are lawfully acting in self-defense, the prosecutor may describe a different version of the events. You will need an experienced Arizona criminal defense attorney to help you. Robert A. Dodell, Attorney at Law, may find an expert witness to assist in the self defense claim. To prove that your act of self-defense was justified, your defense attorney, Robert A. Dodell, will interview witnesses and call on them to testify. Some cases can test the limits of the law. For example, you may have shot the other party while he was choking you. Because the judge and jury ultimately decide whether your use of force was justified, always be hesitant to use deadly force unless you believe that your life is in danger. You will need a lawyer in self-defense cases because the laws in any state are subject to change and you will need to craft a defense based on facts of the case, current laws and available precedent. Contact Robert A. Dodell, Attorney at Law, for help.

When is Self-Defense Justified in Arizona? Find more on: www.azcrimlaw.com/ Robert A. Dodell, Attorney at Law

Posted by Robert Dodell at 9:07 PM No comments: