The Importance of Mitigation in Sentencing

In Arizona, the law provides for a wide range of sentence options and gives judges a substantial amount of discretion in sentencing. A judge may look at mitigating factors to help him decide on whether or not to give a convicted person a lower sentence.

The practice of giving lighter sentences due to mitigating factors exists, and this is one area you and your lawyer should fully explore early on.

Before the hearing scheduled for sentencing, prepare yourself to:

Many mitigating factors can be presented to the court. Clinical assessments of the defendant and the circumstances are frequently helpful. This presentation of mitigating factors involves psychiatric and psychological analysis. About half of the states in the US accept evidence that shows the offender was under extreme emotional or mental distress as a mitigating factor. In this case, the defendant’s lawyer should also convince the court that his client’s capacity to appreciate the unlawful aspect of his act, or his capacity to control his behavior to satisfy the law’s requirements, was impaired.

Mitigating circumstances are conditions that are taken into consideration when a court considers the consequences of legal and moral culpability. For example, you are speeding to get your father to a hospital because he’s experiencing chest pains. In court, you would argue that the mitigating circumstance of fearing your father was having a heart attack might excuse the act altogether or lower the penalty meted out by the judge.

How Much Time Would You Spend in Prison?

The law in the sphere of sentencing is complex. Provisions in the law state any required duration of jail sentences for different types of crimes, but the actual length of time spent behind bars can be longer or shorter. Actual term of incarceration can be affected by credit for good behavior and jail-alternative programs. Along with or instead of imprisonment, punishments can take other forms such as restitution, community service, probation, and fines.

If you face criminal charges and you need expert advice, go to the offices of Robert A. Dodell, Attorney at Law. He is a former prosecutor who has over 30 years of experience in court battles. Robert is results-driven and he will not rest until he gets the best resolution for his clients.

Posted by Robert Dodell at 4:46 PM No comments:

How to Report Cases of Police Misconduct in Arizona

The state of Arizona has mandated its law enforcement officers to detain or stop suspects, whichever may be necessary. Thus, when a police officer tries to search your vehicle or requests that you stop, it’s best that you listen. But, the authorities, like everyone else, are not above the law. In Arizona, police misconduct is considered a serious crime. Unlawful search and seizure and planting of evidence, among others, are forms of misconduct. If you are witness to such behavior by a police officer, you can file your complaint with the appropriate law enforcement department or the Federal Department of Justice (or FBI), depending on the particular circumstances. 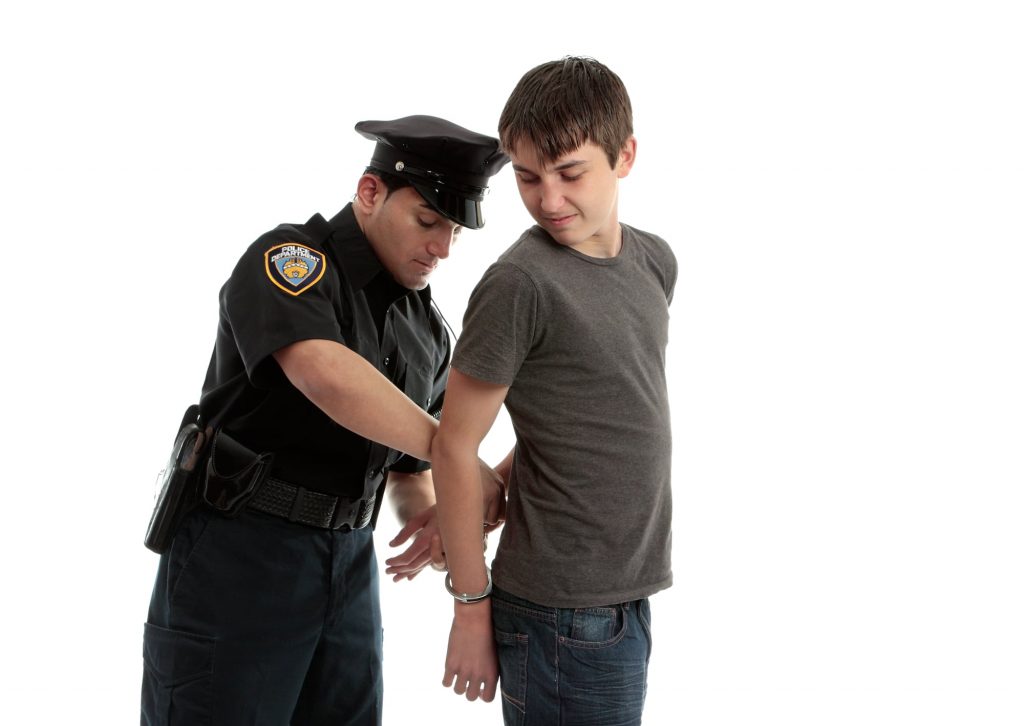 If you have personally experienced what you believe to be police misconduct, you may file a case to recover due compensation, if you prefer. To be on the safe side, however, it is recommended that you first seek the advice of an experienced criminal lawyer like Robert A. Dodell, Attorney At Law, before seeking legal action or filing a complaint on your own.

Law enforcement officers are immune from lawsuits unless they are in violation of individual rights or specific laws. Forms of police misconduct include sexual assault, civil rights violations, and false arrest, among others. As mentioned, if you feel that law enforcement officers have violated your civil rights, you can report the incident with your local FBI. However, achieving a successful lawsuit filing against a person in authority can be quite challenging – especially if you’re doing it solo. This is where working with a competent lawyer becomes crucial.

What Qualified Immunity Is

A police officer has what is known as “qualified immunity.” This means he has protection from recourse that includes lawsuits. The protection is effective for as long as the law enforcement officer is properly doing his job – unless he is in violation of individual rights. Under the law, a police officer may only be the subject of a lawsuit if he demonstrates unreasonable, willful actions (excluding failure to observe good care). Thus, a suspect cannot sue the police officer after an encounter in a typical police operation.

Any person who has witnessed or has knowledge of law enforcement misconduct can file a misconduct complaint. In general, you will need to file your complaint with the supervisor of the involved officer. However, you can also file a complaint through another supervisor, via the Internal Affairs Unit, by mail, or with the concerned department’s Duty Officer. You can access an area supervisor all year round, 24/7 via telephone. Bear in mind that filing a false misconduct report could result in a criminal charge.

Violations of an Individual’s Civil Rights

Federal law declares that it is unlawful to willfully deprive an individual of any privilege, immunity, or right secured or protected by the constitution or laws of the United States. These include physical assault, sexual misconduct, deliberate indifference, or failure to intervene in a case of a serious medical condition or risk of imminent harm. The Federal Justice Department handles the investigation of police misconduct charges involving civil rights interference. There will be a conviction if it is established that the police officer willfully acted in depriving you of your constitutional or legal rights as a citizen of the United States. If you feel the police violated your civil rights, get in touch with your local FBI office and file a corresponding complaint.

Civil rights laws are intended to safeguard Americans from the misconduct of law enforcers, as well as other government agents. A lawsuit can be filed if an officer intentionally or negligently inflicts injury through the use of excessive force or police brutality, enters a residence without securing the necessary warrant, abuse of a detained person, and violation of existing department policies. Other forms of police misconduct include false arrest, verbal abuse, unjustified use of a stun gun or taser, unjustified shooting, abusive behavior towards inmates, and attack by a police dog.

If you had an incident with a law enforcement agent and you were subsequently arrested, it is important that you consult with an attorney. Even if no criminal charges are filed, you may still be able to file a case against the police officer. Robert A. Dodell, Attorney At Law, can help determine whether or not the case is worth pursuing.

Posted by Robert Dodell at 6:07 PM No comments:

To say that drug sentencing laws in Arizona are complicated is certainly an understatement. There are plenty of guidelines, mandatory minimums, and judicial discretion to contend with. Two felons who are convicted for a similar drug offense, for instance, may not receive the same sentence, depending on a number of factors. These include:

Depending on how these factors turn out, the court can order a sentence that may range from pre-conviction diversion program to fines or even lengthy prison terms.

In the state of Arizona, a felony may be punishable by a prison term of 1 year or more. The state categorizes general crimes under 5 felony classes. These are Classes 2 to 6, with each class having 5 possible sentences:

The law provides a different treatment for first-time and second-time offenders. The case may be eligible for sentencing under Proposition 200.  The case may be brought to a drug court. In this arrangement, the prosecutor will consent to drop the case once the offender completes a drug rehab program. When an offender, on the other hand, habitually sells or possesses large quantities of drugs, the court may sentence the person to a long prison term.

Volume, Intent and Type of Drugs

When handing out sentences, the court also considers the amount of drugs involved, as well as whether there was the intent to sell or distribute drugs.   Harsher penalties are also imposed for some drugs over others. Compared to marijuana, dangerous drugs including heroin, cocaine, methamphetamine and prescription drugs get stiffer sentences.

Factors That May Be Considered to Reduce a Sentence

The judge is mandated to consider 6 mitigating factors when deciding on a sentence. These include:

Factors That May Be Considered to Increase a Sentence

The court may also additional time to a sentence if there are aggravating factors in the crime.  Although some of these may not apply to a drug offense, aggravating factors include: Sentencing for drug cases in Arizona can be complicated. Thus, if you’re facing any type of criminal charge, and need a lawyer for your defense, contact the offices of Robert A. Dodell, Attorney At Law for drug charges, right away. Initial consultation is free.

Posted by Robert Dodell at 7:54 PM No comments: